The ‘ends’ of Doctor Who?

Just to be clear I borrow most of this. it does however exactly express my own view… 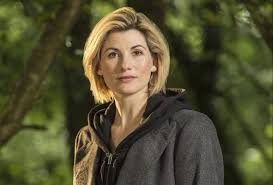 On the other hand, in the ‘unlikely’ event that this is not the death of Doctor Who, but just another chapter in a rich ever changing challenging show that constantly reinvents itself we can all take heart that it is only 46 years to the 100th-anniversary special. So I would venture the more important question is can they carbon freeze Tom Baker so he can be defrosted in time to make an appearance in it…

I look forward to the next series. I look forward to life in the Tardis with ‘Jodie Whittaker’ at the console. A new doctor, a new writer, a new chapter… Frankly, I can’t wait to see what they do with it…

I also look forward to the next thing that is proclaimed to be the ‘Death of Doctor Who.’ as it almost certainly won’t be.

Like Loading...
This entry was posted in opinion, sci-fi, Uncategorized and tagged #scifi, doctorwho, newdoctor, tardis. Bookmark the permalink.

2 Responses to The ‘ends’ of Doctor Who?