This is an unapologetic rant which started on facebook when someone pointed out an error I had made spelling popularism.
I have placed it here only because having ranted I realised it was perhaps something I felt I needed to say to a wider audience than the friend in question who pointed out a ‘U’ i should not have had in a word. It was a very minor thing to rant about in many ways, but the rant came from deep within. I was far from my happiest at the time I wrote it….. 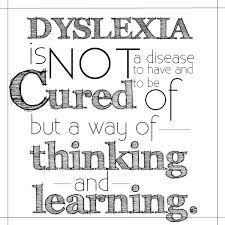 Any particular reason you are nitpicking away at someone who sufferers from dyslexia XXXXX?
I ask only because of your desire to do so and in doing so make me either feel or indeed just look stupid, while you feel a modicum of superiority by pointing out a single letter in a word I have misspelt in a two line facebook post is both mildly irritating and somewhat perfidious in nature.
My spelling is seldom perfect. However, what small satisfaction a person may gain from pointing this out should perhaps be weighed against the utter irritation I feel when this is done.
I am broken, a sad but true state of affairs. My brain does not work the way the majority of people’s minds work. It sees and translates language differently. Indeed I must force it to twist back upon itself, to take an extra step to understand the words on a page, be they ones I read or those I write.
I read slower than most people, despite this, I read with ravenous ferocity, but slower all the same.
Not because I am stupid, but because my brain needs an extra moment to perform that additional translation that others do not need to find.
I despite Karaoke, not because of the thing itself, but because I am incapable of it, I can not read and understand words quick enough to sing along.
I abhor reading aloud, even when I used to do it each night for my children because I stumble and fall over words, that extra step all the harder when I have to speak them too. I read to them each night anyway, because I loved them and wanted them to love books and the wide world of imagination, despite it often made me feel inadequate to be stumbling over words in books like ‘the hungry caterpillar’ and ‘a bag of wind.’
Most people’s brains are reading ahead before words leave their lips, mine is struggling to keep up.
At primary school, I was held back, had special classes, because my reading age, when spoke was behind, and I felt utterly stupid because of it. Yet in every other subject but English, provided I did not need to read aloud, I was far ahead of my peers, because I am actually far from stupid. But the child I was did not understand that, only that I was in that special class, the one everyone else looked down upon.
I have read the classics, I have read modern classics, my home is in many ways an extended library, my son even described it as such to his girlfriend. I have hundreds of books, and I have read them all, yet I read them slower than most people for all that.
I am doing a degree in Politics, Philosophy and Economics, at the ridiculous age of 46., its taken me 6 years, because while I could have done it in three, I could never have read all the course material if I had tried to do it that way, because my brain doesn’t work properly.
It’s a pointless degree, done for the challenge of doing it, but I have forced my brain around it all the same.
I have written two novels. They took me years. And only because of the help of those willing to proof read have I managed to make the final books mostly error free, because even with all the computer software in the world, which is helping spell check this, my brain still does not see typos.
I have done all this, and yet there are times I still feel stupid, like that child at primary school when someone points out the inadequacy of my spelling. I still feel stupid and shite about myself, even though I know I am by no definition stupid. Whenever anyone points out a typo or a grammatical error in a fucking two line facebook post. Because despite all I have, and all I have done, I can still be made to feel stupid. I can still have someone point out a one letter typo and feel utterly shite about myself and my broken dysfunctional dyslexic brain, because I have been feeling that way since I was a child

Like Loading...
This entry was posted in dyslexia, opinion, rights, writes and tagged #dyslexia. Bookmark the permalink.