Whats in a title…

I’ve just finished writing the first draft of a short Hannibal Smyth crossover novelette that is set in Esqwiths Passing Place. I’ve not made mention of this before now because it started out as an experiment a week ago when I was ‘editing’ the ‘final’ draft of ‘A Spider In The Eye‘ the Hannibal Smyth novel I have been writing for over a year. 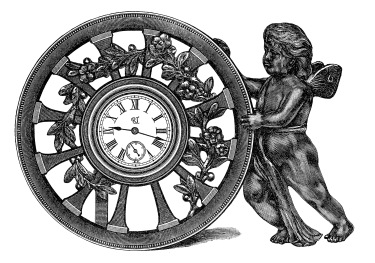 The words ‘editing’, and ‘final’ are somewhat erroneous here because I have been ‘editing’ the ‘final draft of that novel for quite some time without really getting anywhere with it. I have been, not to put too fine a point on it, avoiding ‘editing’ it far more than actually doing so. As for the ‘final’ part I suspect that it is only one of several ‘final’ drafts to come. Oh, what beautiful lies we tell ourselves when we are editing… Stalled is the word I am looking for here. I was utterly stalled and needed a break away for old Harry Smith for a while.

Or so I thought, until early last week when I realised the biggest problem I had was also something for which I had a creative solution. There were a couple of chapters that did not really fit in the novel. There was nothing wrong with them, they told a complete little story all on there own that fit into the overall narrative, they just did not need to be there and altered the pace of the narrative in a way I was just not happy with. Indeed that was the problem I was having, the whole novel just did not feel right while these chapters existing. The few minor plot points contained within them worked better elsewhere but stayed where they were to avoid those couple of chapters just being a meander down a side road. They needed cutting, but despite this, I really liked the chapters themselves and the story that they told…

So here was my creative solution, ‘Passing Place’, my somewhat sprawling second novel is, in essence, a story about a place where people tell stories. It is a lot more than that, but ultimately it is a novel of layered storytelling. And Esqwiths, the Passing Place of the title is the ideal place to set a short tale within a wider world. So I decided to try and do just that, mostly if I am honest because I needed a change of pace from just writing Hannibal, and because I thought I would have fun writing characters from Passing Place again and writing Hannibal outside his own narrative.

So much fun in fact that the writing came easily, and in the space of a week I have gone from nothing to a full draft of, an admittedly short, but self-contained little novelette. Which I now need to do a swift edit of and then get proofread, final edit / drafted/reproofed… all the usual gubbins. But a complete draft all the same. (Its just under 10k words in total so short is the word here)

From the timeline point of view of both novels, the story falls in the middle, mostly to avoid there being any absolute spoilers to the great plot of either novel within it. Though there are plenty of little snippets contained in the narrative that I hope adds to the both for a reader.

I had no real intention of doing anything with it beyond treating it as a kick start my writing exercise for my own amusement, but I am actually very pleased with what I have sat in front of me. So, once I have it all neatened up and complete to the point I could publish it, I am going to do just that, probably as a free novelette you can download from here, and put it on Amazon and elsewhere for the absolute bare minimum they allow. As well as offering it out free whenever possible, because while I abhor just giving away my writing as a whole, I would not feel right selling this one as it so short. It is, however, the perfect ‘reader catcher’ (it’s like a dream catcher for readers, less native American, more bloody obvious ploy…)

It also solves my niggling problems with ‘A Spider In the Eye’ so I can crack on with that now.

All of which makes me very happy all things considered. I am however faced with one little niggle…

What the hell do I call it?

I hate thinking up titles…