I was absolutely not looking for a writing group.
I had nothing against writing groups, I was sure that they were wonderful for some people. It’s just that I didn’t think I would be one of them. I had briefly been involved with a regional writers group, but very quickly decided that it wasn’t for me. I chalked it up to experience, unsubscribed from the mailing lists and moved on. Then, a couple of Christmases ago a good friend of mine mentioned that she was thinking of starting a writers group and asked if I would be interested.
I smiled, shrugged, and surprised myself by replying “Sounds like fun.”
What can I say? I’d been drinking.

I turned up to that first meeting with fairly low expectations. After all, I’d been to a writing group before so I was prepared for the fact that I probably wouldn’t enjoy it. Two hours later, after a whirlwind round of introductions, discussions of works-in-progress and probably a couple too many beers, I left thinking “Hmm. Maybe I’ll go back next week.” Turns out, I just needed the right group.

We don’t always talk about ‘writer’ stuff. Recent topics of conversation have included the space monkey mafia (unfortunately, not a thing), marionettes, and cannibalism. Occasionally someone will start a sentence – apologetically – with “Can we talk about writing for a minute?”

But when someone does have a question about writing, everyone is eager to help. Whether it’s purely technical (“How do I format my book for Kindle”) or more general (“Why the heck isn’t this scene working?”) you can bet that someone will offer their time, their experience and their advice. It’s a genuinely beautiful thing to see people who are so passionate about their interests and so invested in helping each other out.

There have been definite perks to this that I never saw coming. Without this group, I might never have got involved in the “Harvey Duckman Presents” anthologies. I would never have written this blog post. And every once in a while, we get the major perk of ‘the brown envelope’. Where someone has finished something and they’re feeling brave enough to print it out and give it to the group to have a look at. Getting to see the end product of someone’s hard work is one of my favourite things, especially when you recognise something in the story that the writer has talked about in the group. Mostly though I just enjoy hanging out with a bunch of inspired and inspiring lunatics for a couple of hours a week.

I would absolutely recommend looking for a Thursday Night Writers Group (other week nights are available) and giving it a go. I never expected to enjoy it as much as I have, but somehow, Thursday nights have become one of the highlights of my week. Even if we do spend an inordinate amount of time talking about cannibalism. 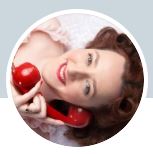 Amy Wilson is the author of the short stories ‘By Firelight’ and ‘Gosfeld’ for the Harvey Duckman Presents anthologies. In between taking archery lessons, learning German, and talking about herself in the third person, she is working on a fantasy trilogy – the first part of which is due out next year.

1 Response to The Joy of Thursday Nights: Indie-October guest post from Amy Wilson