Write What You Want

As happens probably too often, on social media I found myself ranting a little over a shared post. Though in this case for once, it was not a post about politics, racism, dyslexia, homophobia or anything else on the worthy, or at least, on my usual scale of things to rant about. Yes, I enjoy a good rant once in a while, as anyone who reads my Facebook posts or a fair number of posts on this blog will realise. I usually, however, pick my battles and have a ‘rant’ about something that I both know a little about and which makes me angry. In this case, it was about the picture to the right…

This is I must admit a mildly insular subject to be having a bit of a ‘rant’ about. I do have a firm opinion on the matter, and I do actually find the whole premise of the post a tad offensive, but not in a way which makes me fume. Ostensibly I just believe the post is based on, what for me, is a false premise. It is not that it is bad advised that is being given out by whoever make the original post. Not entirely ‘bad’ at any rate. I just don’t agree with it.

Like the majority of ‘How to succeed as a writer’ posts and self-help books which have flooded the market, Facebook writers groups and anywhere else they can get thrown out into the world. But here is the thing, this is the kind of ‘advice‘ that I have always found patronising at best. It is based, as all such ‘self-help’ books are, on the concept that there is some golden formula to writing a novel.

There isn’t. There never has been. And there never will be…

A writer should write what they want to write, and write it how they want to write it. Readers do not want carbon copy books which are exactly like any other book they have read. They should write for an audience sure, but primarily they should make that audience themselves first. They should also bear in mind the most important rule,  one which ‘self -help’ books seldom focus upon. Readers like what adds to the story. The story you want to tell is what should drive your novel and a good prologue or epilogue or flashback can do just that. If it sets up something, holds the reader’s interest, and just plain adds to your tale.

Stephen King, who himself wrote a ‘self-help‘ book for writers, (On Writing) but unlike most such books, when King gives out a bit of advice it is worth listening to. Says the most important thing about fiction is the story. It doesn’t matter if you love his novels, or hate them or have never even tried one. If someone has a ‘golden formula‘ for writing successful novels King is up there with the best of them, yet there are no great lists of do’s and don’t in ‘On Writing.‘ Just real advice, and passionate plea to be ‘honest’ in what you write and the occasional warning about the dangers of adverbs…

A good writer, at the end of the day, tells the story they would want to read. They explore the story and their characters, how they wish to explore them. Because if the book doesn’t hold the writer’s interest, he is going to struggle to hold the interest of anyone else. You have to be true to yourself, true to your characters and true to your story. Tell it the way you want to tell it, and if you do that, and you’re lucky enough to reach them, you’ll then take the readers along with you. 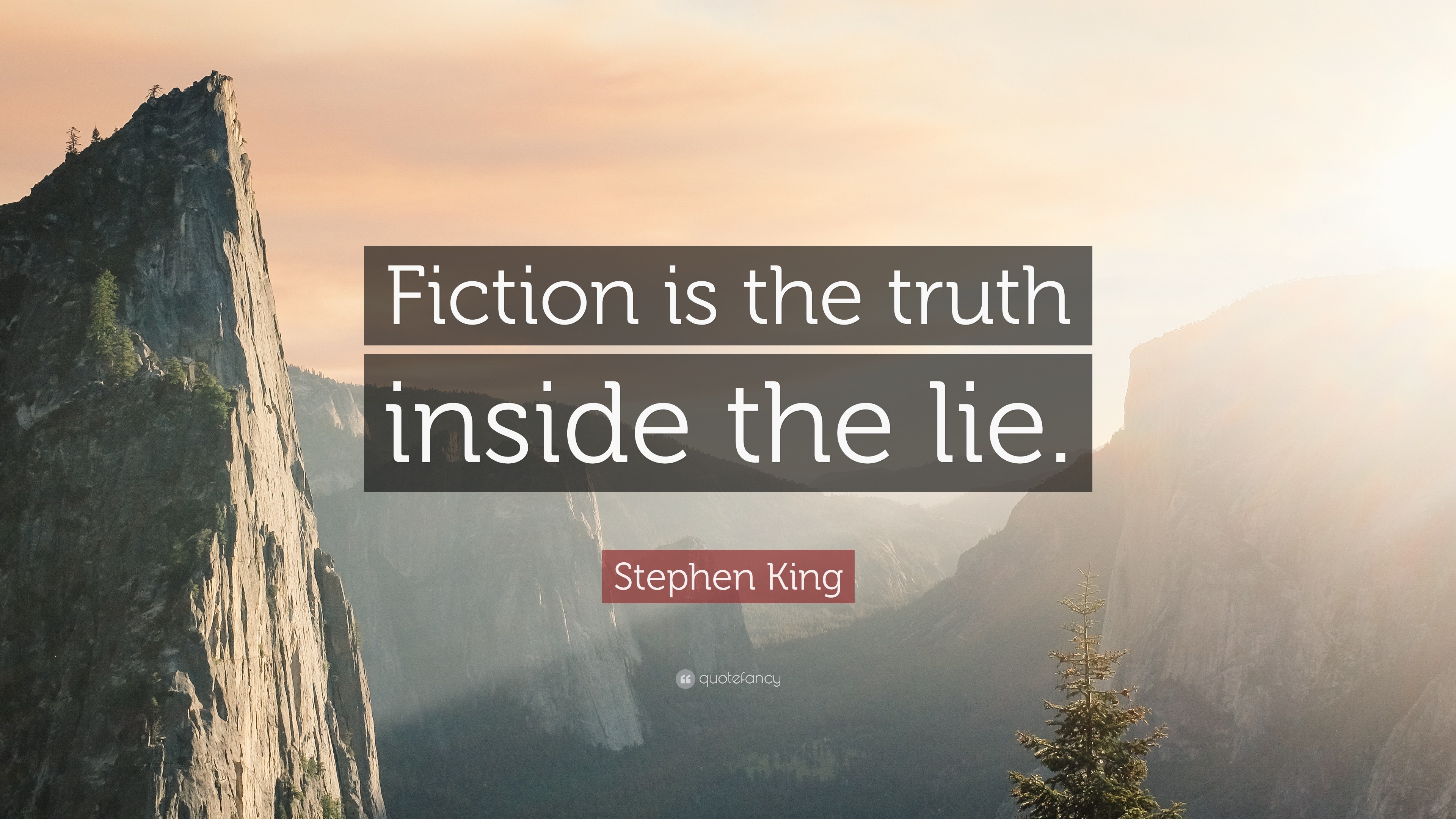 Another of Stephen Kings pieces of golden advice is ‘tell the  truth.’ Which is advice I set some store by, because if it’s not the truth then you will not believe it yourself. And if you don’t believe in it, how can you expect anyone else to?

Of course, the ‘truth’ may be the ‘truth’ about being a psychic assassin, or a vampire, or the ‘truth’ about a small town that gets surrounded by a weird fog with strange tentacled monsters in it that eat the townspeople. The truth about a pan-dimensional bar and grills piano player, or a young girl lost within herself. Or even an airship pilot in the two-hundredth year of the reign of her glorious majesty Victoria who gets press-ganged into ridding the world of that blaggard H.G.Wells… (the last three are mine, not Mr Kings)

A writers ‘truth’ can be very odd, but it has to be true all the same. Honest to itself and its story… And importantly, in the context of this post, to how they want to tell the story.

One of the strangest reactions I got when I finally unleashed Cider Lane on the world was from a close friend who writes herself, and I paraphrase slightly.

‘There is hardly any dialogue, I prefer to read lots of dialogue, I would be happy with two people in an empty room just talking if its good dialogue if there isn’t much dialogue I normally just get bored and stop reading. But I never noticed the lack of dialogue while I was reading it, I was too enthralled in the story.’

It follows no formula, no ‘you must write like this.’

Cider Lane flits between the male and female POV characters with every chapter, telling the story from both sides, letting you in the minds of both main characters. Letting you see them as they mostly misunderstand each other, because that’s the only way the story could be told. It was the way the story wanted to be told. To borrow from Mr King once more, ‘it was the way the story needed to be dug out of the ground.’ as he expresses the process of writing in ‘On Writing.’  If Cider Lane follows any formula, it is its own. One which I have no intentions of following in another novel. In fact, I suspect I will never write another book in its vain again. It is unique in that respect if not in any other. It is not in a genre I would normally write in, it just came to me in the way it did and became the novel it is because it’s the only way that novel could be.

If readers wanted the novels written to a formula, they would never read ‘Fight Club‘ or ‘The strange case of the dog in the night-time,‘ or ‘Lord of the Rings‘ for that matter, which became a formula but followed none itself when it was written.

And therein lays my ‘firm opinion‘ on writing preludes and epilogues (neither Cider Lane or Passing Place has either, but that’s beside the point). As well as for that matter on flashbacks, (which I used a lot, though not as straight flashbacks exactly). My advice, should it be sought, would be to ignore all these ‘golden formula’ advice posts and write your story your own way.

Of course, it should probably be noted I am not exactly a bestselling author, so what my opinion is worth here is another matter… And this turned into an advice post so you should probably ignore this as well…

1 Response to Write What You Want