Last Sunday I dropped three short reviews for indie books I have read in the last few months because I was working through a backlog of Amazon reviews. As it proved remarkably popular I thought I would do another one this Sunday, that and because it will encourage me to finish working through my list of indie reviews I keep meaning to do and don’t get around to.  I have kept the same format from last Sunday. These are short snappy reviews and meant as nothing more in-depth than that. If I have longer reviews of an author’s other books I will drop the links in at the bottom.

This weeks trio are by three ladies of Sci-fi, all be it different genres within the ecliptic that is the sci-fi genre. C.G.Hatton’s space opera romp, Shelley Adina’s steampunk eccentrics, and Jodi Taylor’s time twister, between them, cover a broad church of style and settings, but they all have one thing in common, great writing… 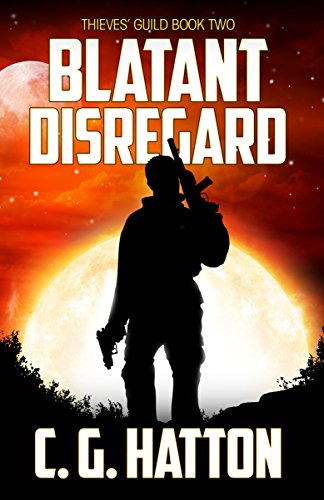 Everything you want in sci-fi and more

When the first book of a series blows you away, as ‘Residual Belligerence’ did me. You tend to expect more of the same and are so often disappointed when a sequel does quite match up to the original. Blatant Disregard blatantly disregards that norm delivering on the promise of the first novel and then ups its game still further. A fabulous sequel that just ups the already high bar. Read it, read it now (after you read the first one…)

Lady Of Devices by Shelley Adina

Steampunk is hard to write well, a balance needs to be struck between the fabulous and the grim realities of the past, to make a world that feels real for all we know it never was. Lady of Devices strikes that balance perfectly and for a while, as you read it you can get lost in the wonderfully impossible never was…

Just One Damned Thing After Another by Jodi Taylor

Historical in places, hysterical in others..

Time travel and that age-old problem with paradoxes is a well-trodden road by many a writer. It takes a good one to lift a novel above the cliché…J T manages to pull this off and drag you along on a whirlwind ride of possibly and implausibility that never seems implausible at the time. It’s not perfect, but I am sure there’s much more to come from St Mary’s practical historians…

All reviews are utterly honest, I don’t and never will do paid reviews of any form, and I don’t intentionally set myself up as a reviewer. I am just a writer who happens to read a lot, which is something most writers do… I review things I read because as a writer I know how important reviews are, and how nice it is to receive a review, unexpected ones even more so. This will probably be a semi-regular feature, and I am unlikely to run out of books to review. But, if your an indie author feel free to get in touch, though I don’t promise I’ll read everyone’s books, as if a novel doesn’t directly appeal to me I will pass. I would much rather give a good review than an ‘its not really for me’ review of a book because I am only vaguely interested in to start with.

2 Responses to The Sunday Reviews#2